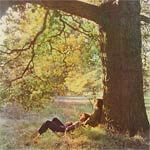 Plastic Ono Band finds former mop-top John Lennon striking out "on his own" for the first time on what is widely described as his "primal scream" album, in reference to the therapy he received just prior to its recording. Having supposedly tired of making music with his childhood friends in the Beatles, he proceeded to make an album at the Fab Four's hangout Abbey Road studios, with his wife Yoko Ono, and wait for it, old friend Ringo on drums. Hardly a radical departure then, and symptomatic of the cottage industry approach employed by Lennon throughout his career. More significantly, his erstwhile songwriting partner, and the man primarily responsible for the Beatles unparalleled critical and commercial success, one Paul McCartney, is absent, and this release was to suffer drastically as a result.

The album begins and ends with tracks about Lennon's own mother. Neither is particularly illuminating, the latter My Mummy's Dead being more a factual rather than artistic statement. While this could have made for a mildly diverting concept single, Lennon's egomania decreed that he sandwich these bookends with nine other perfunctory cuts in order to reach a complement worthy of album status. Mother is followed by Hold On, which could be interpreted as a rather early, desperate, and demanding plea for the listener to stick with him. The lyrics however read "Hold on John, John hold on", firmly establishing the theme of shameless self-absorption that dominates the entire disc.

I Found Out held the promise of some fascinating revelation of the meaning of life, only to emerge as an empty boast given he failed to explicitly state what mystical insight, if any, he has garnered. The expletive ridden Working Class Hero hardly evokes Lennon's middle class background, while the fatuous line, "remember when you were small that people seemed so tall", sums up the rather forgettable Remember. The relentless vanity continues on Look At Me, which is deserving of no further comment. It must be said that the much maligned Yoko Ono cannot be held to blame for any of this, wisely deciding to keep her material for her own far superior release, which unfortunately shares a title with this one.

On God we find the Liverpudlian bemoaning the fact that, rather predictably, he believes in nothing apart from himself - "I believe in me". If Lennon's opening gambit that "God is a concept by which we measure our pain" is true, then this reviewer was in dire need of divine intervention after listening. God-bashing was clearly a subject dear to Lennon's heart, and he would revisit the topic on the following Imagine album. His stance is somewhat undermined by the cover art of that particular release, featuring a wraith-like Lennon floating in clouds. Such vainglorious self-iconography is beyond parody. Clearly Lennon did not think the current incumbent was up to the job but was subliminally hinting that he could possibly fill the role of God himself.

Plastic Ono Band marked the first step in a barren solo career for Lennon, while McCartney would go from strength to strength, thereby engendering a fierce jealously in his former protégé. Lennon subsequently stooped so low as to attack McCartney in his diatribe How do you sleep at night?. I imagine any insomnia Paul might endure could be alleviated by spinning this self-obsessed collection on the turntable. Primal snore.